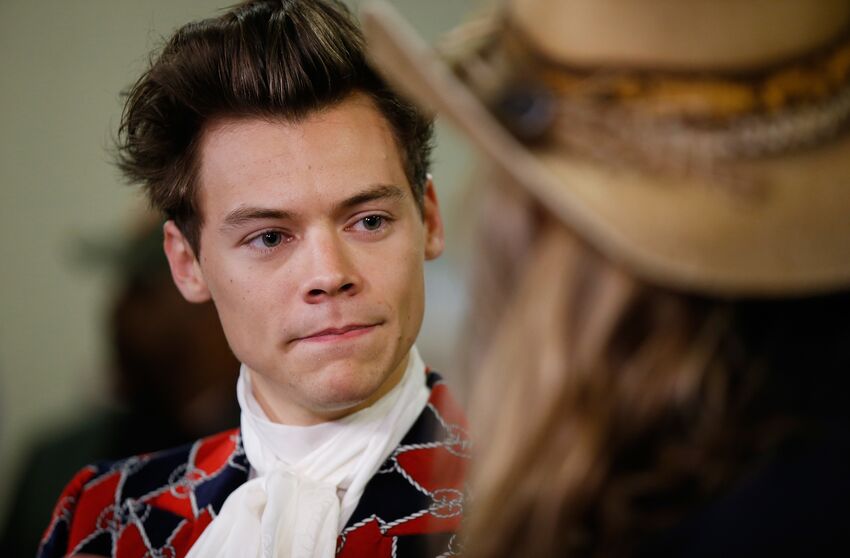 Stephen Colbert on overwhelming and uncontested evidence in Trump’s impeachment by Matt Moore
Watchmen: Yahya Abdul-Mateen II was just as shocked as you by Matt Moore

No questions were off limits when guest host Harry Styles and Kendall Jenner played The Late Late Show’s tell-all game.

Spending time with an ex can be uncomfortable in any situation. Now imagine doing it in front of millions of people on a late night television show. Now imagine doing it while being forced to choose between eating something disgusting or revealing a personal secret. If you can do that, then you have a pretty good idea of how Harry Styles and Kendall Jenner spent Tuesday night.

Styles’ guest was model and reality television star Kendall Jenner. Styles and Jenner briefly dated and clearly left things on good terms if the pair were willing to reunite on The Late Late Show. It’s hard to know if they would have agreed if they knew they’d be playing “Spill Your Guts or Fill Your Guts.”

The truth-or-dare inspired game is perhaps The Late Late Show‘s signature bit behind “Carpool Karaoke.” Jenner is no stranger to the game, having played before. But it was a little different answering and asking questions with Harry Styles compared to James Corden. Things got personal and both stars were put on the spot.

It was a bit surprising to hear Jenner willingly rank the parenting abilities of her famous siblings. A few members of the Kardashian/Jenner clan have played “Spill Your Guts.”  The family typically has different approaches and strategies when it comes to critiquing one another. But Jenner was open to letting everyone know where Rob Kardashian and Kourtney Kardashian rank as parents.

The toughest question for Styles was about whether any of his songs were about Kendall Jenner. Styles genuine reaction probably tells fans all they need to know and proves that at least one tune was dedicated to the model. Styles opted for the cod sperm and followed that up with a joke appropriate for a late, late night talk show.

Curious fans will never know which surprising celebrity has shot his shot in Jenner’s DMs or how Styles ranks the solo albums of his fellow One Direction alumni. Salmon smoothies, bugs, and bull appendages all sounded more appealing to Jenner and Styles than revealing the truth. Maybe next time. But give credit to the Late Late Show writers for coming up with the questions that had an entertaining outcome either way.

Overall, Harry Styles looked much more comfortable hosting The Late Late Show with James Corden for a second time. Whether or not having Kendall Jenner there helped or hurt is hard to tell. But Styles has no doubt set himself up to take on more hosting and comedy gigs in the future.