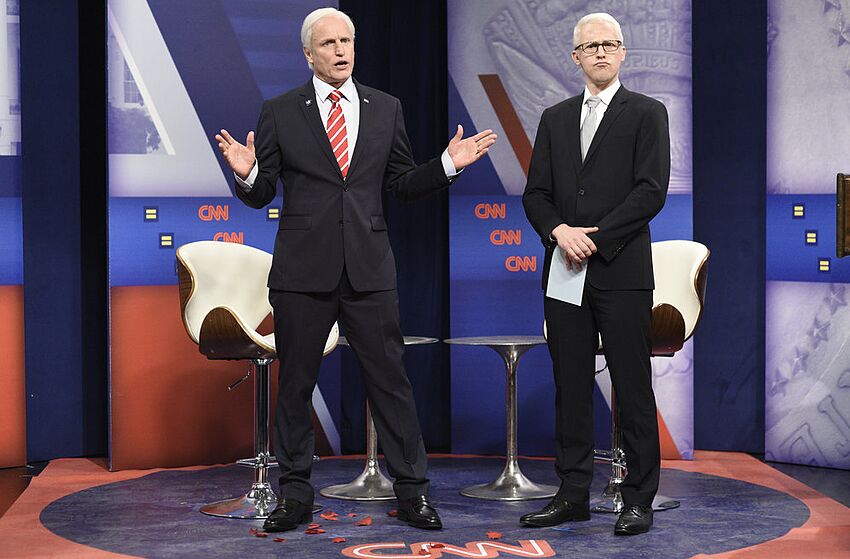 Should Saturday Night Live fans expect a new episode or will the show remain on hiatus?

We are officially into the holiday season and that can mean television schedules can get tricky. Saturday Night Live is no different, having always given the cast and crew time off around the holidays.

But the holidays are also when the sketch show is it its best. Whether it is major holidays like Thanksgiving and Christmas or unofficial holidays like Black Friday, Saturday Night Live usually has something to say about them.

A new Saturday Night Live hasn’t been seen since Nov. 23. Will Ferrell returned and joined the “Five-Timers Club.” It was a cameo-filled episode that featured Maya Rudolph, Larry David, Fred Armisen, and Ryan Reynolds among others. It was also the highest rated episode of season 45, an accomplishment that is become routine anytime Ferrell is the host.

So with Thanksgiving having come and gone, is Saturday Night Live ready to return? Or will the break last one more week?

Good news, fans: Saturday Night Live is back with a new episode tonight. Jennifer Lopez is your host with DaBaby as musical guest.

This will mark Lopez’s third time as host, previously taking the gig in 2001 and 2010. There are few performers from 2010 who could host in 2019, never mind someone who hosted in 2001. It is a testament to Lopez and her impressive career that spans all the way back to the late 1980s.

To celebrate Lopez’s return to Studio 8H, Saturday Night Live put together a compilation video showcasing her highlights. Fans should expect the third time to be the charm and Jennifer Lopez’s turn as host tonight to be her best yet.

It will be also worth seeing how SNL handles cameos this week. It has gone from a nice surprise to an expectation especially following Will Ferrell’s episode. Rather than letting full time cast members take on roles, the show seems content with bringing in alumni and celebrity guests. It can be distracting at times and drives Saturday Night Live from its ensemble show roots.

Another thing to keep an eye on is Pete Davidson. He was absent from the last episode and has appeared sparingly this season, due in part to filming his role in the upcoming movie The Suicide Squad . Davidson made headlines this week for a story revealing audiences at his stand-up shows are being asked to sign $1 million non-disclosure agreements. If Davidson is going to pop up tonight, it will likely be at the “Weekend Update” desk where he addresses the story.

Saturday Night Live airs tonight, Dec. 7, at 11:30 PM ET on NBC. What do you expect from Jennifer Lopez as host? Let us know in the comment section below and be sure to check back with Last Night On for all the highlights.